Home Sports «Veríssimo is the ideal coach for Estoril, but he’s crossed me»

Dani Figueira was one of the names to stand out in Estoril’s good year on their return to the League.

The young goalkeeper from Vizela, who started his career at Santa Eulália, and did almost all of his training at V. Guimarães, moved from the north of the country to Estoril and never stopped growing.

He grabbed his first opportunity in the Canarinhos’ first team after starting his first season in the under-23s and established himself as one of the best goalkeepers in the League right from his debut.

And it was even predictable. Or if we weren’t talking about the best goalkeeper of the II Liga in the year in which the Estorilistas became champions.

Dani Figueira describes himself as «a cheerful person» and shows this during a half-hour conversation with Maisfutebol.

But he says it’s easy. “Here by the beach we have everything to be happy. It’s a dream city», describes the 24-year-old who had the most special moments of his still short career in the call-up and first cap at the age of 18, and in the II Liga title with Estoril.

Maisfutebol: He always grew up close to home, between Vizela and Guimarães. How was the move to Estoril, at 22 years old?

Dani Figueira: At first it cost me a bit. I was used to the nest, the house, I was in my comfort zone. But coming to Estoril helped me to grow. I became more of a little man, independent and I think I really needed this change to make the leap. Here I focused more on myself and my work and felt what professional football was all about. At Vitória I worked with the main team, I was even called up for a game, but I was a B team player. And here I felt like a true professional player. I think I was also lucky enough to catch the right people on the way and I took the pressure and loneliness of being here alone.

MF: Anyone in particular?

Dani Figueira: I have a person who was very important to me: my goalkeeper coach, mister Pedro Miranda. It’s a very strong support for me. I arrived in Estoril as a kid and he told me that age doesn’t count. And the truth is that history is being made, I have grown a lot and I owe him a lot. And also Marcos Valente [atualmente no Vilafranquense], with whom he had played in Vitória. I lived with him and also worked as my psychologist at home.

MF: You started in the under-23 team, but played only two games and then jumped to the first team. Was that the idea?

Dani Figueira: It was funny because I had been called up for the first-team game, but I didn’t play and they asked me if I wanted to play for the under-23s. I think every opportunity is to be taken and that’s what I did. I went to the under-23s and then there was the misfortune of António Filipe’s injury, which I have to commend for always helping me. And here in Estoril, whether you’re part of the A team or the under-23, there’s always an open door to professional football.

MF: And for you it was a door that never closed again.

Dani Figueira: Yes, in the first year I just didn’t do the first two games. Then I always played until the championship stopped because of covid. I was doing quite well at the time. Then the following year was magical. We were champions, I was elected the best goalkeeper in the II League and I don’t think you can dream of a better season.

MF: And did you expect such a quick statement?

Dani Figueira: I also owe a lot to the team, to the other goalkeepers and to mister Bruno Pinheiro, who helped me a lot in my journey. It was a time when everything went well. It was a dream year that I will remember forever.

MF: And a year later, debuting in the League and fighting for European qualification…

Dani Figueira: Yes, when I look back… If you told me a few years ago that I was going to be experiencing this, I’d say you were crazy. But things have been happening and it’s not by chance. It has been the result of a lot of work and dedication. And thanks to the structure that Estoril has, which gives us the tools to reach these levels. I’m very happy with the result we got last year. And now a new season will begin, in which we hope to be able to do better.

MF: Last year the team had a clear break after the news of the possible departure of coach Bruno Pinheiro. Did that really shake the group?

Dani Figueira: It’s a little hard to say because the way of working hasn’t changed. We face every game with the goal of winning. Unfortunately, things didn’t go well for us and we came from a long period in which everything was going well. We didn’t know how to deal with the pressure and we had this break. We ended up getting a good classification, but it’s true that there was a time when we wanted more.

MF: Now Nelson Veríssimo has arrived, a new coach. How is it working with him?

Dani Figueira: I think he is the ideal coach for the Estoril project. He is ambitious, he likes to play to win, he is used to working with young people and our squad is very young. That’s why I think he’s the ideal coach. We have been working well, we are confident and it has the potential to succeed. But I have a score to settle with him [risos]…

Dani Figueira: He was the only coach I lost against Benfica. Even in training, he had never lost and it was mister Nelson Veríssimo who was responsible for that defeat against Benfica. It’s crossed me here [risos].

MF: And how are you going to do that revenge?

Dani Figueira: [mais risos] I’ve already thought about it, but I haven’t told you about it yet. 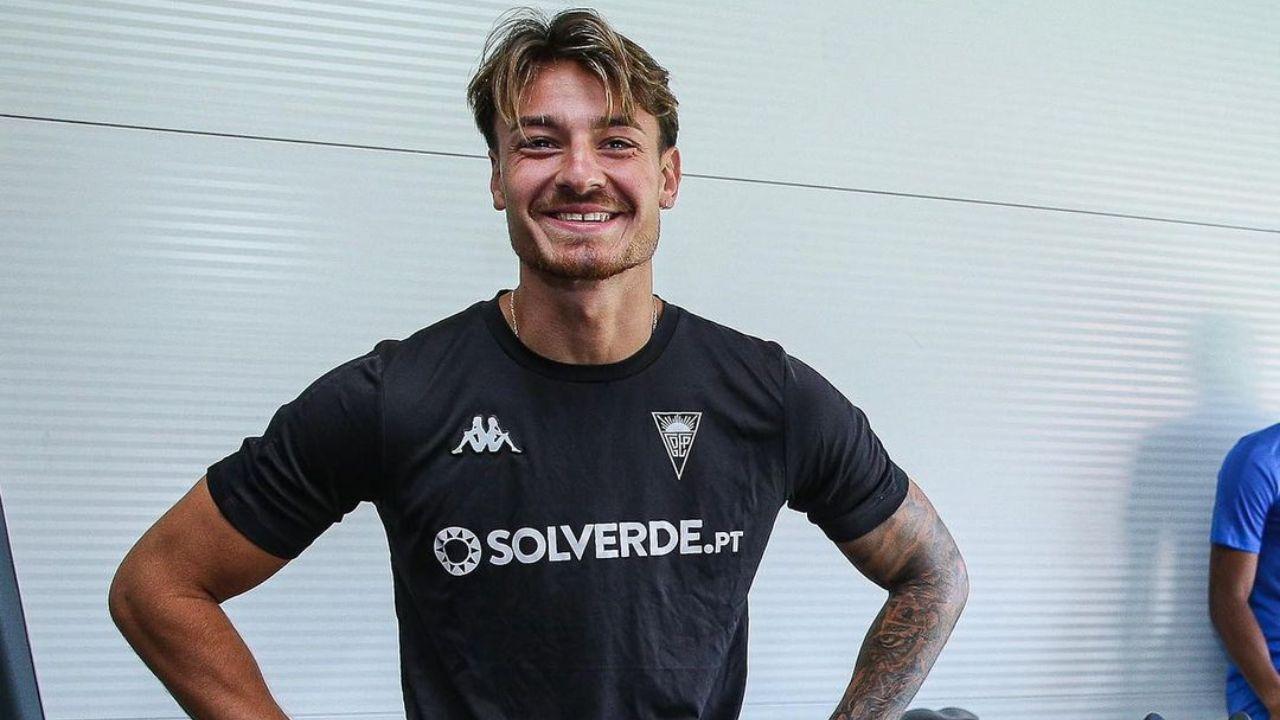 MF: The points in which you say you have evolved the most are footwork and depth control will be important in Nelson Veríssimo’s game idea. Was this adaptation easy?

Dani Figueira: We are still understanding the mister’s ideas, but of course he will want that from a goalkeeper. In modern football, the goalkeeper is not limited to defending the goal. But I like to be challenged to be able to grow and reach new heights.

MF: These are increasingly important characteristics in the position.

Dani Figueira: Yes, we see Ederson, Neuer or Alisson and they look like central defenders. So, I repeat: I like to be challenged and I know I will thank you later for massacring me to work on aspects that I have more difficulty.

MF: What are your short-medium term ambitions?

Dani Figueira: I’m focused on Estoril, which has given me all the conditions to grow. I have always been responding. Looking to the future, I dream of other levels. I feel like I’m ready for them, but I just want to give everything for Estoril.

MF: It’s a young international. Is back to selection on the horizon?

Dani Figueira: Yes, although at the moment there are fantastic goalkeepers there. In particular, Diogo Costa, who is a year younger than me and with whom I worked in the national team. He’s fantastic in every way. But there is more: Luís Maximiano, Rui Silva, José Sá. We have very good goalkeepers. It is up to me to evolve in order to compete with them.

MF: Is getting to the A team more of a dream or a goal?

Dani Figueira: It’s a medium-long term goal. I will work to get there. 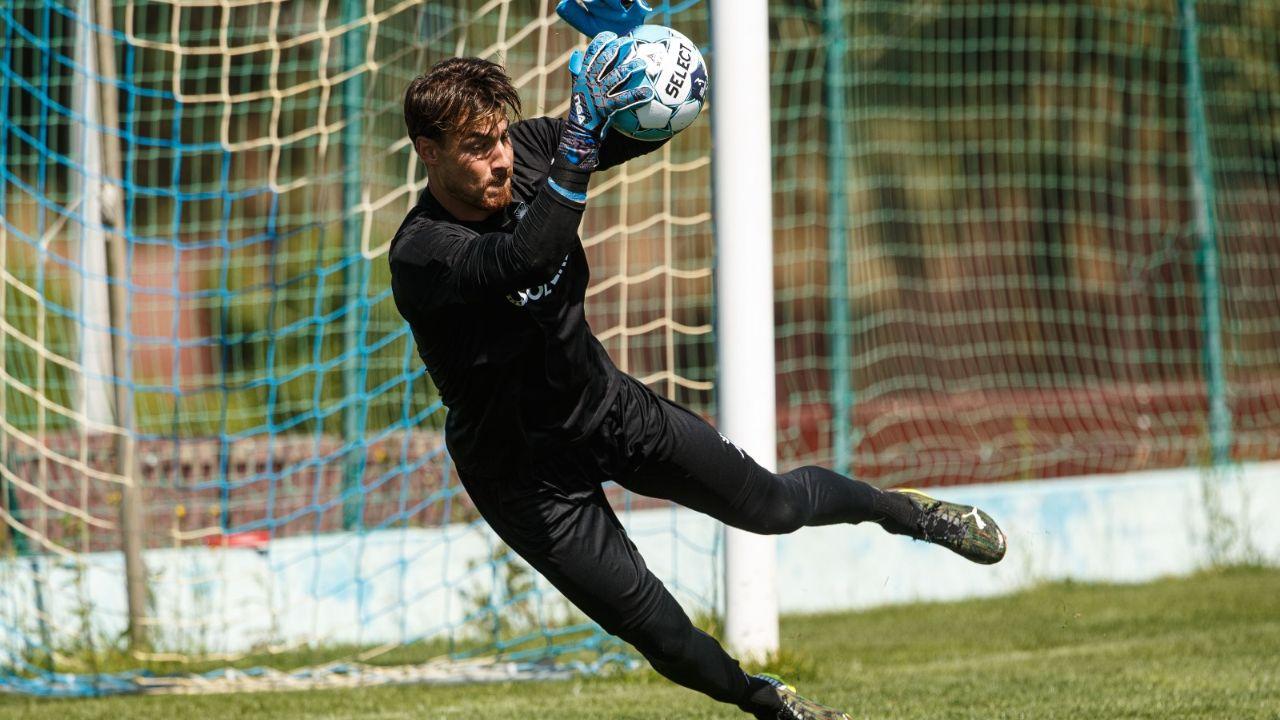