For Dani Figueira, the goal was a passion at first… shooting for the ground.

He started by following his older brother, but quickly became “independent”.

From Santa Eulália, a small club in Vizela, he jumped to V. Guimarães, a club where he met someone with whom he identified, to the point of saying: «one day I would like people to remember me as they remember Neno».

In this part of the interview, the Estoril goalkeeper recalls the journey from the beginning to reach one of the sensational clubs of last season.

Always with the mythical 99 on his back. The number that he lets his mother believe is dedicated to him, but that he has a greater responsibility: Vítor Baía, of course.

The boy idol. And it is through childhood memories that the conversation with our newspaper begins.

Maisfutebol: How did your journey in football begin?

Dani Figueira: I started playing at my hometown club, CCD Santa Eulália. A club I always like to come back to. When I go home I always make a point of going there because that’s where it all started. It is the phase when you are truly happy: when you are a kid doing what you love most. There you don’t think about what’s going to happen, you play for the simple pleasure. The greatest beauty of football is seeing the kids. That’s where the purity of the game lies. I was once one of those kids and I’m now living my dream.

MF: Was it playing with friends when you were a child that your love for football was born?

Dani Figueira: It was with friends and my older brother. What he did was what I wanted to do. He was my example and I wanted to do just like him. He went to play for Santa Eulália and I went after him. Then he went to karate and I went back. Then I found myself little by little.

MF: And there’s also a push from your father, isn’t there?

Dani Figueira: Yes yes. I have a very special relationship with my father. And with my mother too, of course. Without either one, I wouldn’t be able to become a professional player. But my father is the person who is most connected to football.

MF: The most present figure in this chapter…

Dani Figueira: Yes, I remember looking at the bench as a kid and having it there all the time. That was always a very special moment for me, because I felt the support. Good or bad, he would always be there for me and that was the most important thing after all.

MF: And were you one of those parents who got into your head a lot?

Dani Figueira: Not. Even today he doesn’t interfere much. Of course he gives me some advice, but he knows I’m very emotional and honest with myself. If I’m wrong, I know I’m wrong and I don’t need to be pointed the finger at me. And on a day that goes less well, it’s not worth talking to me, because I’ll just be thinking about that. We’ve been walking side by side, I’ve evolved a lot and he’s been following the process.

MF: Was the goal love at first sight?

Dani Figueira: I tried ahead, but I realized it wasn’t going to work. And then I did some training and it became my passion. I loved throwing myself to the ground. I was a kid, I didn’t even know if I was good at it, but I threw myself on the floor, got up, threw myself again, kept my dirty clothes, but I had fun [risos]. It was the purity of football. I still smile today telling the story because I was very happy and I still am. I remain the same child with the same dreams and goals. Now in a more professional way, but I follow the same path.

MF: From Santa Eulália, he moved to V. Guimarães, when he was 12 years old. He was at the club for 10 years, how was that period?

Dani Figueira: It was 10 years that went by very fast. I’m very proud of what I did there, because it’s special to be in a club for so long. With all the media coverage, you are here as soon as you are there. Therefore, it is obvious that I will always have a special connection to Vitória. It was also there that I took my first steps as a professional and created the strong connections I have in football.

MF: These are relationships that last for life…

Dani Figueira: Yes, even with the physical therapists. Because I had some injuries, they really helped me psychologically. Even my education I feel I also owe to what I learned at the club. We left school, we went to football and a lot of my education comes from football. In football, for example, you learn to respect your elders. We learned a lot in this world, I just have to say thank you. Many young people should go through football, because it is very good for education.

MF: Is there a colleague you’ve had that is one of those friends who stayed for life?

Dani Figueira: Yes, I have several. I have a strong connection with André Almeida, who plays for Vitória and everyone knows him; with Miguel Reisinho [Boavista]; Miguel Magalhães who has now signed for Oliveirense; Nuninho Ribeiro, who is at the U. Leiria. I don’t need to talk to them much, but they know what they mean to me from the years we’ve spent together. And we’re all happy for each other, all growing up. That’s the beauty of football.

MF: In that period, was there a coach that marked you more?

Dani Figueira: Clear. For example, when I took the first step towards the professional. He was a junior with mister Alex Costa and the goalkeeper coach was mister Lobo. They were important to me. And I remember an episode with Mister Vítor Campelos.

Dani Figueira: I was a junior kid, I was recovering from an injury and Mister Campelos was the coach of the B team and he told me he would call me when I recovered. That stuck in my head, I didn’t think it would happen. But when I recovered he asked me: “Are you ready?”. Even if not, a person immediately says yes [risos]. The truth is that I answered present and it went very well. For that, I am very grateful. 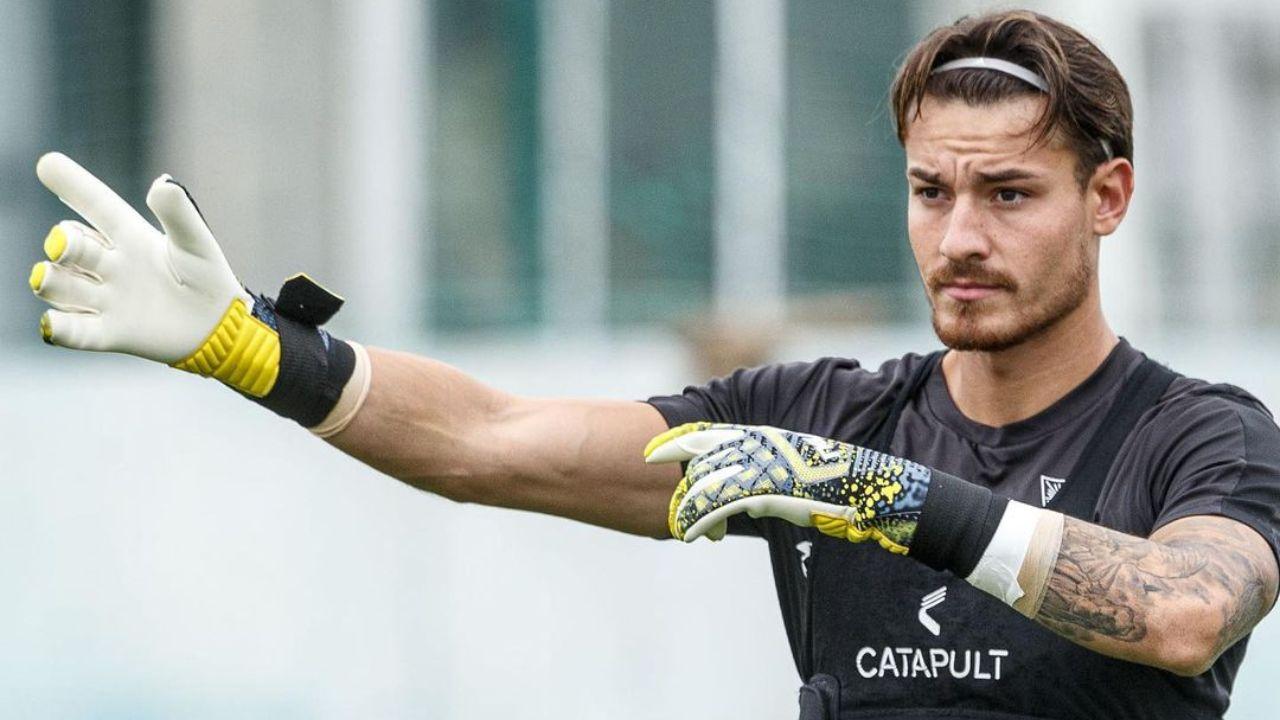 MF: You also lived with a figure from goalkeepers, from Vitória and from Portuguese football. Did Neno pay special attention to the younger goalkeepers?

Dani Figueira: The Baby was a father figure. Both for the youngest and the oldest. Everyone knows he was a special person. Wherever he was, there was always joy. When I remember him, I remember the joy he conveyed. He didn’t even talk much about football, he tried to bring out the happy part of football, even when things went less well.

MF: It is noted that he was a very striking figure.

Dani Figueira: Everyone misses him: those who lived and those who didn’t. He gave a lot to football, not only in goal but off the field. He was a person who marked me and I would like that one day people look at me like they look at Neno. The message was always to try to always be happy in what you do. Without joy, it’s not worth it.

MF: In addition to this reference, there is another one that has a special number associated with it…

Dani Figueira: [risos] Yes, the number 99. I think this number is special for everyone who wants to be a goalkeeper in Portugal. From our Vítor Baía. If we look at it, there are many goalkeepers in Portugal playing with 99 and I don’t even know if we have that right [mais risos]. It’s a pleasure for me to have the 99 on my back. Not just for him, but it also has to do with my mother. Today, that number is also very well represented at FC Porto by Diogo Costa, with whom I had the pleasure of sharing the goal in the national team.

MF: What is your mother’s connection to 99?

Dani Figueira: It’s her favorite number. There’s not a big story around it. And she says I chose 99 because of her. At the time it was more for Vítor Baía, but I let her say that it was because of her that I chose him [risos]. 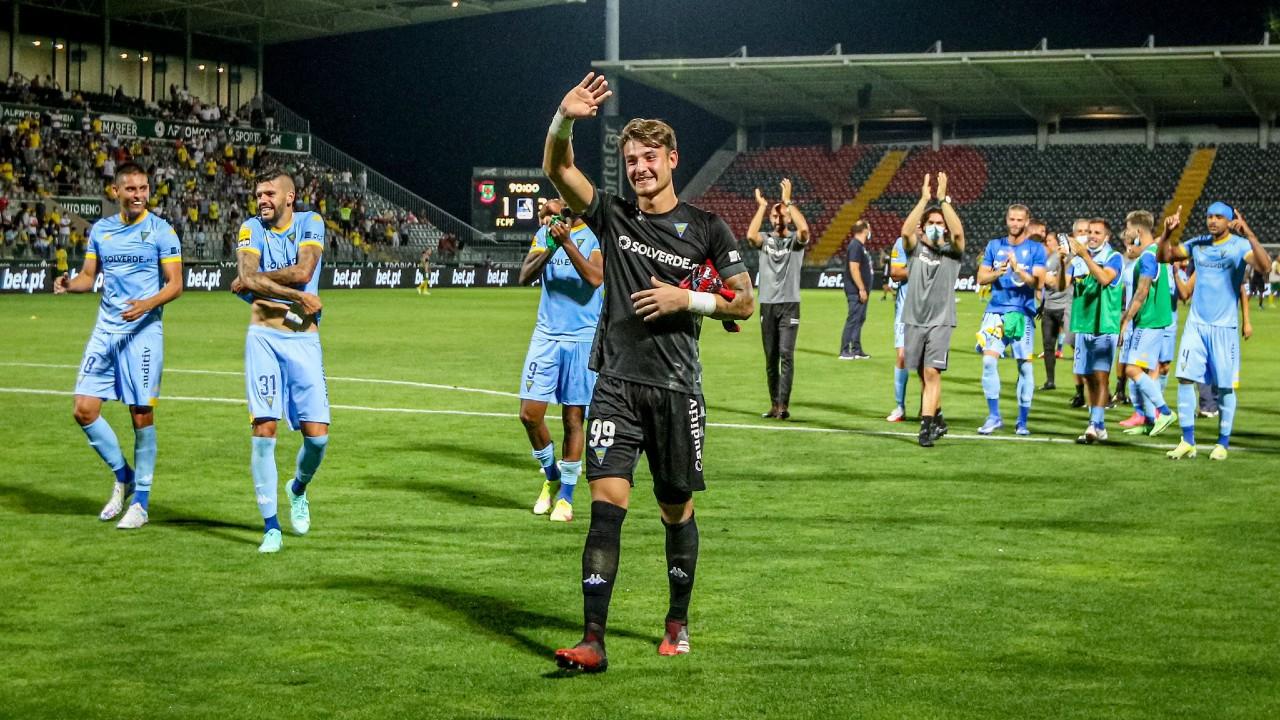